We are delighted to announce the sale of our portfolio company Outright Games Limited (“Outright”), a leading niche publisher within the fast-growth video gaming sector, generating an exceptional 12.7x net return to equity investors.

Rockpool took a majority stake in Outright in 2016, providing growth capital to an already successful and ambitious team. Since then, the business has grown substantially by following a clearly defined organic growth strategy, with offices in Los Angeles, London and Madrid, and a distribution network covering over 25 countries.

Outright is a global leader in the world of video game publishing, making family friendly interactive entertainment with the biggest franchises in the world. The Company’s core focus is on creating high-quality games based on well-known brands or characters, including Paw Patrol, Jumanji, PJ Masks and Peppa Pig, from global entertainment companies such as Cartoon Network and Nickelodeon. Since inception, the company has sold over 18 million units and has secured a pipeline of strong intellectual property for launch over the coming years.

Outright Games is led by Terry Malham, Founder and Chief Executive Officer supported by Nick Button Brown, Chairman, alongside a strong accompanying management team. Terry has over 40 years’ experience of working in the computer games industry and has previously held MD roles with companies such as Little Orbit, Logic Computers and CDV Games UK.  Nick helped build Improbable, Sensible Object and Crytek and has over 20 years’ experience in the games industry.  They will continue with the business under EMK’s ownership.

“With Rockpool’s support, the superb Management team at Outright have managed to create a break-out, market leading success story. This transaction perfectly demonstrates how Rockpool’s strategy to invest in fast-growing, profitable lower mid-market companies can create both high investor returns and market leading businesses, ready and primed for their next phase of growth. We are very proud to have been part of the first chapter of the Outright Games success story and wish both the Company and EMK every success in the future.”

“When founding Outright Games we looked to bring high quality, licensed family-friendly entertainment which we felt the video game sector was lacking. Rockpool’s initial investment was a key part of our success over the past four years, and we are thankful for their support so far. As we look on to our next chapter with EMK Capital, we see incredible potential in continuing to invest in the quality of our titles, while expanding to embrace the future of cloud-based streaming and mobile gaming.”

For more details on this investment or about Rockpool in general, contact a member of the Rockpool Relationship Team or fill in your details below. To find out more about Rockpool services and growth equity, click here.

Capital at risk and you may not get back what you invested. Past performance is not a reliable guide to future performance. 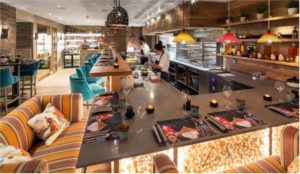 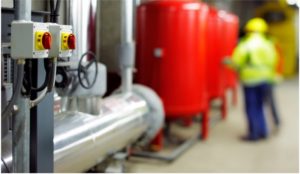 Risk Warning: Your capital will be at risk and there is no gaurantee of any investment return.